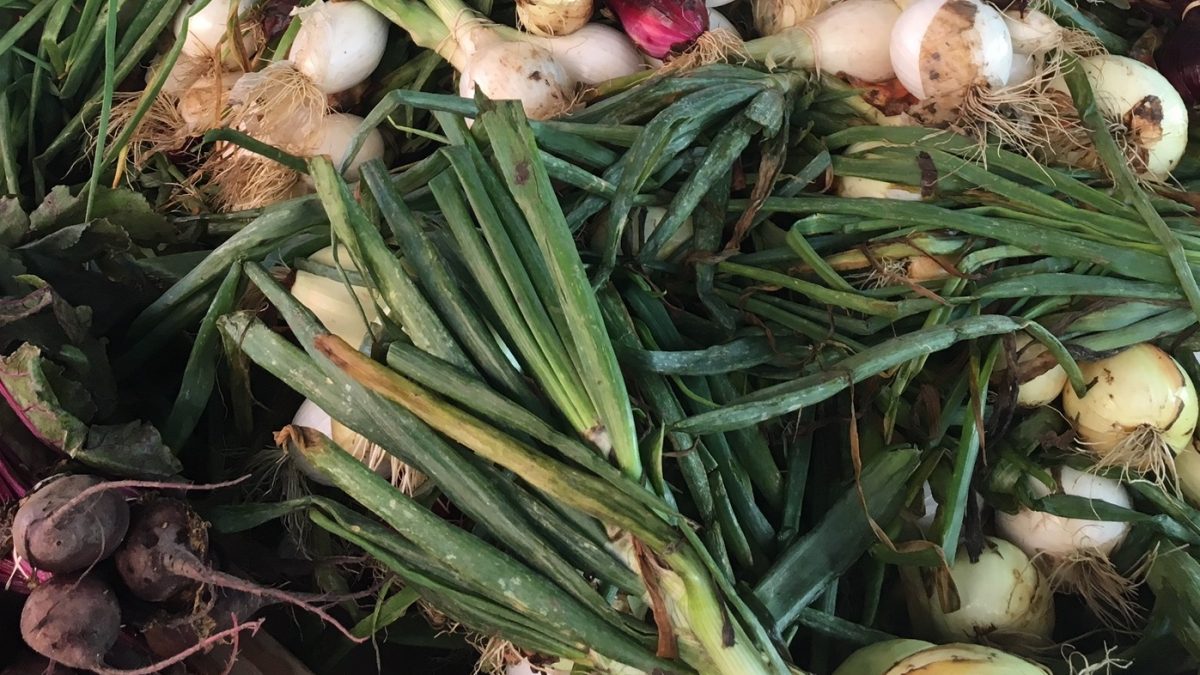 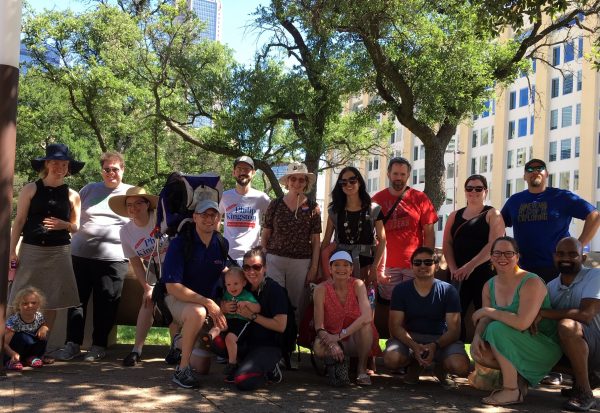 I talk about my grandchildren and carry pictures of them and take them to places I love. Carry the Earth presented me with a chance to do the same thing with this beautiful, generous planet. I carried Earth 17 on a Climate Change Walk Through Downtown Dallas, a project of the Dallas Sierra Club.

We began at the Farmer’s Market, mindful that almost one third of global greenhouse gas emissions result from producing and distributing food. Along a two-mile route we noted Dallas’ efforts to address the heat island effect and local flooding with street trees, talked about the local weather effects of the changing climate, and saw some of the parks the city is building to address our shortage of parks. Dallas city government has reduced its greenhouse gas emissions by over sixty-eight percent, and publishes pointers on how local businesses and residents can do the same. We observed the changes in the city’s transportation infrastructure that have taken place over the last hundred years, from trains to cars and trucks, and imagined a different infrastructure being developed, with electric vehicles and pedestrian-friendly neighborhoods. We heard about the EPA’s program to prevent food waste by persuading restaurants and caterers to donate their leftover meals to the homeless, and saw a community garden.

Afterward some of us lunched on vegetables at Mudhen, one of many Dallas restaurants that offer vegan meals.

Today is also election day in Dallas. We noted the importance of voting as a way of taking care of the Earth. 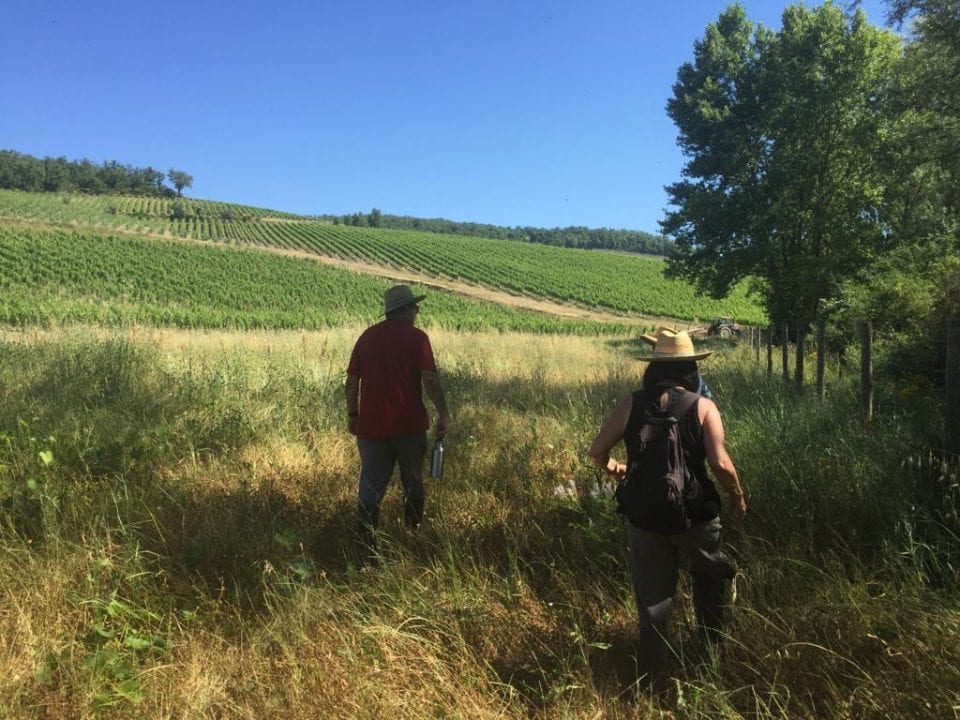 My parents, "shepherds for a day" on the Chianti Cashmere Goat Farm. 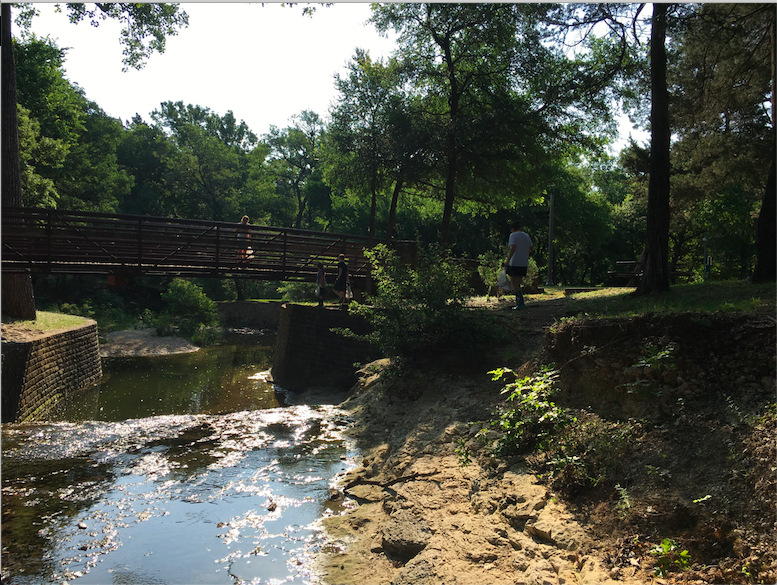 See how beautiful it is, this image doesn't show the trash. :) 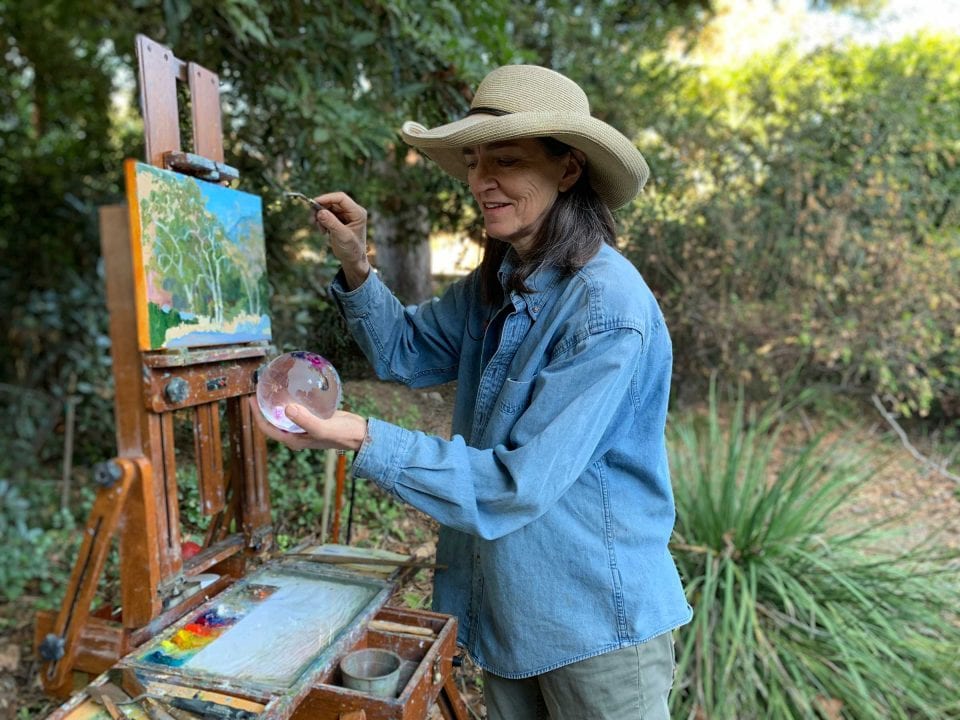